Senior B Hurling Championship 2018 – Round 5 – Loughrea Shane Moloney’s late goal on Saturday gave Tynagh-Abbey/Duniry the spoils.  When Ronan Hardiman converted a free on 64 minutes to put Athenry 1-14 to 1-13 ahead, it looked enough for Diarmuid Burns’ team.  But as Tynagh-Abbey-Duniry chased an equaliser, they were rewarded with the ultimate score.

Attacking down the left, Padraig Robinson gained possession 60 seconds later before spotting Athenry’s defence open up.  Moloney was on hand to take the pass with only John Grealish to beat for their second major.

After taking the initiative and holding the advantage, it was a bitter blow for Athenry who just couldn’t regain the sliothar in the final stages.  Tynagh-Abbey-Duniry were fielding every delivery and returning it back.  And one more free between the posts by Moloney secured their three-point victory.

Tynagh-Abbey/Duniry took the lead in the first minute through Moloney before Athenry took control.  Cian Burke equalised and two Hardiman strikes made it 0-3 to 0-1 on seven minutes.  Athenry are slowly bring their young names to the forefront and they look comfortable building the margin.

Two Robinson points after a Patrick Hannon score left the interval deficit at just 0-9 to 0-8.  But on 36 minutes, Brendan Lynch rattled the net to put Tynagh-Abbey/Duniry ahead.  Their lead only lasted two minutes.  Cathal Keane beat Fahy for the goal and Athenry led 1-9 to 1-8.

It was a shootout between the respective tallymen and the teams were 1-12 apiece with 10 minutes remaining.  A draw was on the cards and the evidence on show didn’t dispute that point.  Hardiman gave Athenry the lead again only for Moloney to restore for the fifth time two minutes into injury time.

But when Hardiman found the target on 64 minutes, it looked like the insurance score.  But Tynagh-Abbey/Duniry took control for the final three minutes before Robinson set up Moloney for the second goal.  Another free on 66 minutes ensured Tynagh-Abbey/Duniry left with the victory. 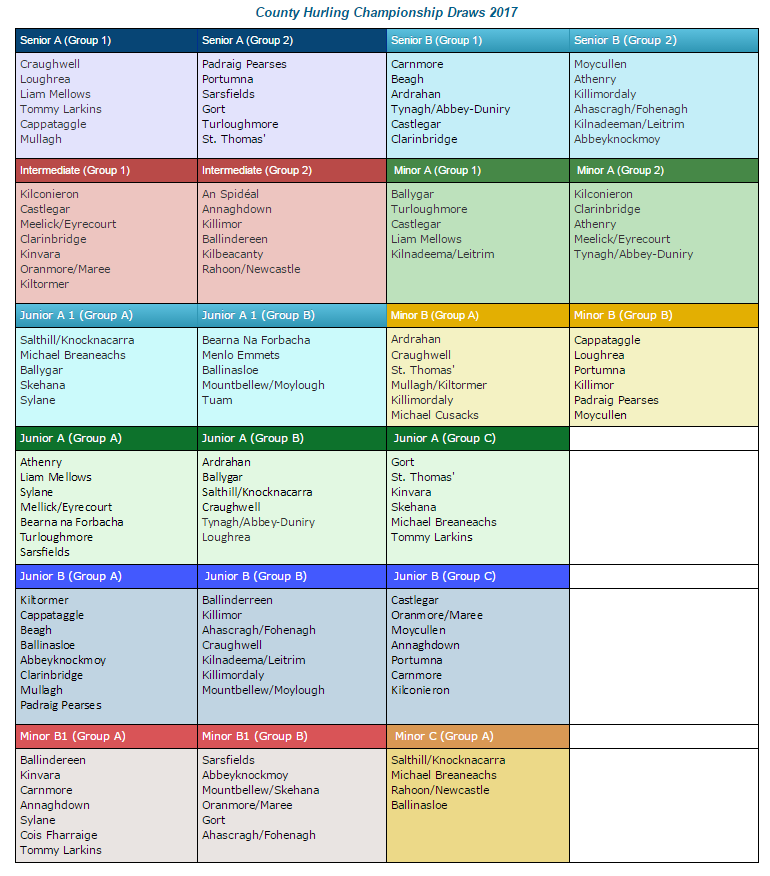 There was No Jackpot Winner this Week